Aren’t All Religions Basically The Same?

How Can Christians Say, “Jesus Is The Only Way To God; Aren’t All Religions Equally Valid?”

I have two pills. They look the same. They are both small and round. One is baby aspirin the other is nitro–glycerin. Are they the same?

You’re in an airplane headed from Chicago to Los Angeles. Thirty minutes into the flight the Captain says, “Hey, there is an airport that looks just like the one in L.A. It’s St. Louis! What’s the difference, an airport is an airport right? Besides, this  one is much closer. I’m going to land there instead.” Are they the same?

Your taking a test in college. The professor has been telling you that all truth is relative.  There is no such thing as absolute truth. What is true for you may not be true for me. Then he turns around and grades your paper. What’s wrong with this picture?

Philip Johnson explains it this way, “… nothing that is true can be self-contradictory or inconsistent with any other truth. All logic depends on this simple principle. Rational thought and meaningful discourse demand it. To deny it is to deny all truth in one fell swoop.” Here is the truth.

A Class in Comparative Religion

There are five major religions in our world. In order of size they are:

Fortunately, for critical thinkers and honest seekers of truth, each of these religions is mutually exclusive. That is to say, each claims to be true yet contrary to popular opinion, they contradict each other on almost every major tenant of faith. That would include but not be limited to: the nature of God, the person and the work of Jesus, the nature of man, the nature of sin, salvation, the Bible, heaven, hell, etc. The only thing they have in common is the fact that they have almost nothing in common.

For example, the Bible which claims to have been written by eye witnesses, states unequivocally that Jesus died on the cross. This is no insignificant side issue. Jesus dying on the cross for sin is the fundamental doctrine of redemption in Christianity. Six hundred years later, Mohammed (representing Islam) claimed that an “angel of light” told him Jesus did not die on the cross. Logically, they could both be wrong, but they cannot both be right.

How interesting that 600 years before Mohammed received his “revelation” that the New Testament said,

And no wonder! For Satan himself transforms himself into an angel of light. Therefore it is no great thing if his ministers also transform themselves into ministers of righteousness, whose end will be according to their works (2 Cor. 11:14-15). 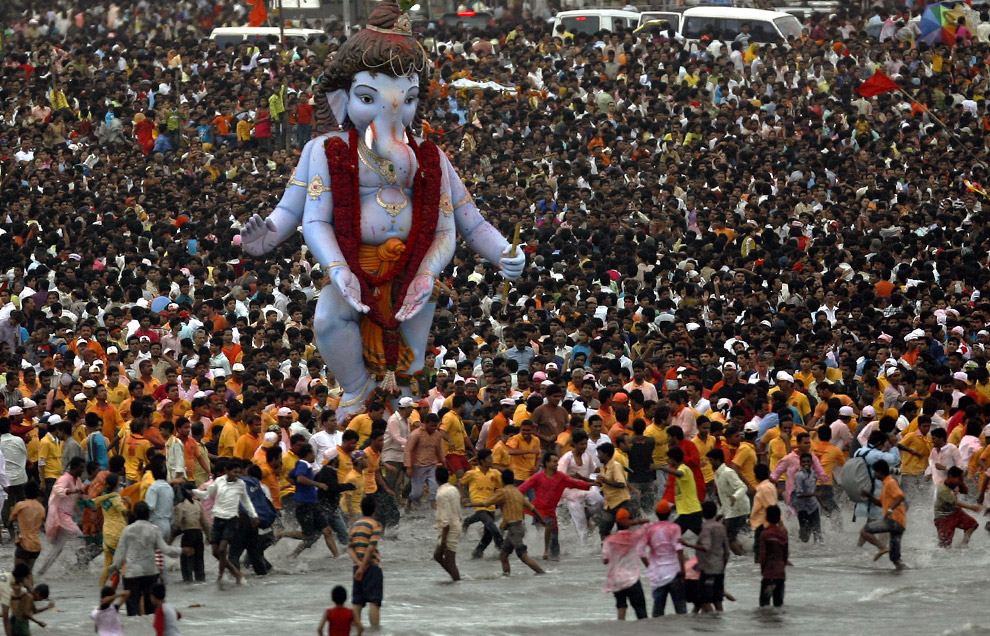 Another example of mutual exclusivity is the doctrine of karma and reincarnation taught in Hinduism and Buddhism. Both teach that if you fail to reach Nirvana (selfless perfection) in this life, after you die, you keep coming back again and again until you do.

Interestingly, these religious systems offer no explanation as to who or what keeps score on Karmic merit so perfect justice is served.  You would need someone who is omniscient, omnipresent, and omnipotent to keep tract of more than 7 billion people simultaneously!

The Bible teaches that a man lives only one life after that comes the judgment. As you can see, both systems are diametrically opposed one to the other. Logically, they are either both wrong, or one of them is right and the other is wrong. They cannot both be correct.

Another excellent example of mutual exclusivity is found in Jesus’ claim of divinity. All four of the other world religions freely admit that Jesus was a great moral teacher and a prophet. But, Jesus said He was God. That only leaves you with three choices. As C.S. Lewis, a professor at Cambridge University pointed out,

When Einstein discovered Relativity, his mathematical equation (math being a perfect science) provided proof that time; space and matter were not eternal but had a beginning.

The very first verse in the Bible says,

“In the beginning God created the heavens and the earth.”

In the beginning (that’s time) God created (that’s energy) the heavens (that’s space) and the earth (that’s matter). The odds of that being coincidental are astronomical.

Fortunately for critical thinkers, there are only 5 major religions in the world and they are mutually exclusive.

The only thing they have in common is the fact that they have almost anything in common. Most importantly is the nature of God.

Logically, they are either all wrong or one is true and the others are false.

Einstein’s  equation showed that we live in a three-dimensional realm, time, space and matter-a trinity of trinities!

Space: we live in a three-dimensional world: height, width, and depth. Height is not width, width is not depth, depth is not height.

One is not the other, all are part of the same, none can exist without the other, and yet each one is distinct.

Matter: matter is made of atoms and atoms have three primary components: protons, neutrons and electrons.

One is not the other, all are part of the same, none can exist without the other, and yet each one is distinct.

Just about all of life as we know it is triune in nature: Earth, wind, fire, water, they are all trinities!

One molecule of water is made up of three atoms. Two hydrogen and one oxygen.

But if you put them together in a 2 to 1 ratio, you have a third substance with which you can use to extinguish a fire!

Can you explain how that works? Don’t feel too badly, there’s not a scientist in the world who can tell you how a brown cow can eat green grass and turn it into white milk!

I have just demonstrated scientifically, that the trinity is not an unfathomable, damnable, polytheistic, heretical contradiction. There are tri-unities all around us, a perfect reflection of our Creator.

All have sinned and fallen short of His perfect standard, and the wages of sin is death, but the free gift of God is eternal life through Jesus Christ.

In order for a savior to save you he would have to be sinless and die for you.

God demonstrates His love in that while we were still sinners, Christ died for us.

You won’t find that kind of love in any other religion, philosophy, or system of thought.

Jesus said repent and believe the Gospel. Stop living as if God did not exist. If you confess with your moth Jesus is Lord and believe in your heart that God raised Him from the dead you shall be saved.

In Duet. 29:25 God said, You shall seek Me and you shall find me when you seek Me with all you heart.

Christianity is not a religion, it’s a revelation, and once you’ve had the revelation, it leads you to a personal love relationship with our Creator.

The very first institution ordained by God in the Bible was marriage. And, that is defined by our Creator as a sacred relationship between one man and one woman. In Genesis 2:24 God said,

“Therefore a man shall leave his father and mother and be joined to his wife, and the two shall become one flesh.”

Then, in Genesis 39:9 (500 years before God gave Moses the Ten Commandments), we find Joseph resisting the advances of his boss’s wife by saying,

“There is no one greater in this house than I, nor has he kept back anything from me but you, because you are his wife. How then can I do this great wickedness, and sin against God?”

How could Joseph have such a deep conviction about sexual immorality 500 years before Mt. Sinai? Romans 2:15 provides the answer, “The law is written on every man’s heart.”

Then in Exodus 20:14, the seventh of the Ten Commandments is,

“You shall not commit adultery.”

When God gave Moses the 10 commandments, pagan religions celebrated sexual immorality as a form of worship to their gods. The Canaanites and the Babylonians worshiped Baal, which included temple prostitution. The Greeks and Romans also had their own forms of “sanctified prostitution.”

The doctrine of marital fidelity is a foreign concept to all man-made religions. The Judeo-Christian worldview alone teaches that human sexuality is sacred. It is sacred (holy) because it began in the mind of God.

Deuteronomy 23:17-18 says, “There shall be no ritual harlot of the daughters of Israel, or a perverted one of the sons of Israel. You shall not bring the wages of a harlot or the price of a dog to the house of the Lord your God for any vowed offering, for both of these are an abomination to the Lord your God.”

Matt 5:27-29 says, “You have heard that it was said to those of old, ‘You shall not commit adultery. ‘But I say to you that whoever looks at a woman to lust for her has already committed adultery with her in his heart.”  Faithfulness to one’s marital partner in thought, word, and deed is exclusive to the Judeo-Christian worldview!

In all man-made religions women are considered to be of lesser value than men, and treated as commodities. Only the Judeo-Christian worldview teaches that men and women are created in the image of God and are of equal value.

God’s moral law as contained in the 10 Commandments, clearly separates Christianity from man-made religions because it represents the highest moral code known to man.  So much for the lie that all religions are basically the same.

Shop, Compare, and Save

Buddha said, “I am a teacher in search of truth.”

Confucius said, “I never claimed to be holy.”

Jesus said, “Which one of you convicts Me of sin?”

Speaking of the afterlife, Mohammed said, “I do not know what Allah will do to me.”

Jesus said, “I Am the resurrection and the life. He who believes in Me. though he die, yet shall he live.”

None of these other men ever claimed to be God. They all said God is this way, go this way.

Jesus said, “I am the way, the truth and the life. No man comes to the father but by Me.”

This is just a sample of our chapter on comparative religion found in our new book. If you enjoyed this article, you may really the book. It entitled:

Where Did God Come From? A handbook  of Answers  to Difficult Questions.

This and many more questions are dealt with in the book. It is available at our “store”  page.